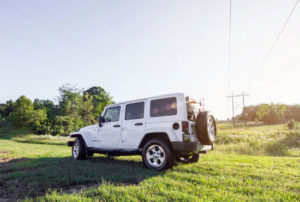 The majority of individuals who buy a Jeep do so to use it off-road.

On the other hand, the off-road condition provides a number of clear dangers to the undercarriage of the Jeep. Many jeep drivers are considering undercoating as a result of this.

The undercoating of a Jeep is a protective layer that is placed on the underside of the vehicle. Rigid or polymeric coverings are available in addition to soft oil undercoating.

Why Should You Undercoat a Jeep?

Your jeep represents a significant capital commitment, and that should be safeguarded. Throughout a long period, this rusting will create erosion, which may result in mechanical fault as well as a slew of other problems.

Machine damage may be quite irritating. In the absence of adequate protection, the jeep might become far more prone to system damage.

It is sufficient to avoid dangerous chemicals and humidity from seeping into exposed parts underneath the Jeep by using undercoating that has been properly applied to them. The car is therefore safeguarded as a result of this.

What Is the Price of Undercoating?

This may vary depending on the jeep, your location, and the business that will be completing the work.

The current price of an undercoating job for the car may range from around $200 to more than $650 per automobile.

According to what we observed, a prominent workshop that handles undercoating costs between $300 and $420, which includes a 5-year guarantee. Furthermore, in order to maintain this guarantee alive, you will need to revisit once a year for a fee of around $35 for each appointment.

How Much Does It Cost to Undercoat a Jeep?

According to an online workshop portal that specializes in Jeep construction and repair, the expense normally begins at roughly $250 per vehicle.

In addition to the manual labor, the quoted cost should include most of the supplies required to complete the task.

Depending on the particular car that is being undercoated, the cost, on the other hand, may increase significantly.

One participant of a Jeep Wrangler forum said that he had spent just $150 to have his vehicle undercoated, and according to the discussion, this was the case for many others as well.

Several people said in another forum discussion that you could expect to pay anywhere between $150 and $250 to complete the jobs at a local Jeep dealership.

Factors That Have an Impact on the Pricing

The general guideline is that the larger the vehicle, the more undercoating would be required; as a result, the cost would be more than the price of a smaller vehicle.

From one location or municipality to the next, the cost of undercoating an automobile varies significantly. Because there is lots of competition in urban areas, it’s common for them to provide a little lower pricing.

The price of undercoating (rustproofing) varies depending on the requirements. A baseline of $250 should be expected to cover the cost of basic rust prevention.

The cost of the program, on the other hand, rises in tandem with the number of attributes available.

In other cases, such as when a truck has corrosion and rust, drivers will need to clean the undercoating before putting the coating. If this is the case, the cost might rise to between $450 and $3,000, based on the quantity of corrosion and rust existing on the surface.

Undercoating for the Jeep may cost several hundred or even over a thousand dollars if it is done properly. Another alternative is available to you if you choose to do these tasks on your own.

Using a long-term, low-cost solution for undercoating the Jeep that looks decent and can be completed in a matter of a few hours for approximately $50 to $100 is possible.

Excellent paint, instead of the cheapest viable alternatives, should be the aim when purchasing paint. You’ll also need a paint dispersion brush to get the paint into the small cracks in the underbelly of the vehicle.

If the Jeep isn’t really brand new, make sure to thoroughly clean the underbelly of the vehicle to eradicate as much dust and dirt as you possibly can before driving it.

If necessary, a high-pressure sprayer might be used for this procedure. Painting dust on the Jeep isn’t going to protect it.

It is possible that the outcomes of DIY undercoating may be less long-lasting than those obtained via professional application, but this approach is beneficial if you have restricted cash to deal with.

What Is The Average Cost of Undercoating?

The price will vary according to the jeep, your location, and the firm doing the work. Undercoating the jeep may cost anywhere from as little as $100 to as much as $1,000.

Is Undercoating Effective in Preventing The Oxide Layer?

It’s common practice to utilize polymeric undercoating to cover parts of a jeep that are subject to a lot of exposure to the elements. Corrosion, dampness, salinity, erosion, and permanent deformation may be prevented by using an undercoat.

How Long Does It Take for An Undercoat to Lose Its Luster?

It’s common for high-end undercoats to last a minimum of a year since they’re opened. Others may have a short shelf life, lasting just a few weeks before they begin to fade. Smaller quantities of good materials with a limited lifespan are better bets.

Is There Any Truth to The Rubber Undercoating Theory?

Undercoating that has been rubberized should be avoided at all costs. It’s the absolute worst stuff ever when it comes to retaining moisture. Workers who are required to work beneath the jeep will decline to do so.

Is It Worthwhile to Protect The Jeep Against Rust?

You may be Ok as soon as you fully clean the Jeep. Furthermore, even though the climate has an effect on the procedure, any additional protection has always been preferable to nothing. If implemented right, corrosion protection may endure for many years.

Whenever you consider safeguarding the Jeep’s worth, you probably think of things like maintaining, using top-quality petrol, and preserving the apparent materials and accessories in good condition.

The underbelly of a Jeep, on the other hand, is often subjected to a great deal of excessive wear (particularly if you want to use it off-road).

Investment in Jeep undercoating helps to preserve this portion of the vehicle, reduces the likelihood of rust development, and assures that it continues to operate at the maximum level for so many years ahead.

If you don’t even have prior expertise laying an undercoating, it is recommended that you use professionals.