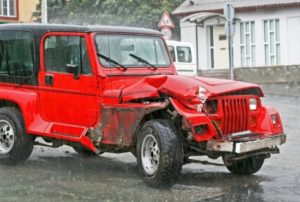 When considering safety issues with vehicles people in the south consider hydroplaning because we see a lot of rain and wet pavement. I have been asked if Jeeps hydroplane easily since they are designed to have better traction.

Jeeps are rear-wheel drive vehicles and under the right conditions, they will hydroplane. I cannot say that they actually hydroplane any easier than any other vehicle of similar weight and size.

To demystify hydroplaning and understand this possible problem let’s look further into what it is and why it happens.

When water is on the roadway your vehicle can lose traction and begin to be moved on top of a film of water.

When a vehicle hydroplanes, you could lose control, and the vehicle could strike another vehicle or leave the roadway. If you are driving on a road that has a steep incline on either side your Jeep could roll over or flip when it leaves the roadway.

Possible loss of life can occur in accidents like this. If you are on a busy interstate when your vehicle starts to hydroplane there is a possibility of causing a multi-car pile-up.

How to Avoid Hydroplaning in Your Jeep

There are safety measures that you can take that will reduce the possibility of you hydroplaning.

What To Do If You Hydroplane

When you do find your vehicle hydroplaning you can take action that will help to reduce the possibility of having a severe accident.

Why Do Jeeps Hydroplane Worse Than Some Other Vehicles?

What Increases The Odds That A Jeep Will Hydroplane?

The tires. If the tire has low air pressure like many Jeep tires have when you first come off a sandbar then the vehicle is more likely to hydroplane.

What Is The Difference Between Hydroplaning and Sliding on Wet Pavement?

When you apply the brakes too hard on wet pavement your vehicle may slide and skid out of control. When water is rushing faster than the tires can move it your car can be lifted on top of a thin layer of water and that is hydroplaning.